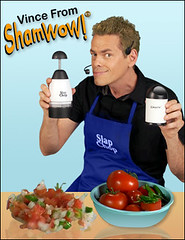 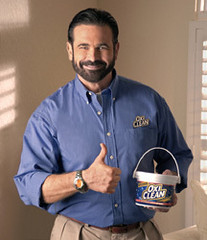 There can be no doubt that infomercial pitchmen Billy Mays and Vince Offer are awesome, but how can I decide which is my favorite?

Infomercial Performance.
Among other things they sell Zorbeez and ShamWow respectively, both of which are absorbant towels so first up I can get a somewhat apples-to-apples comparison on informercials for comparable products. Thankfully someone has created a Vince Offer vs Billy Mays youtube video featuring these informercials.

Billy has an upbeat yell to everything he says while Vince has an endearing condescension to his "You followin' me camera guy?" In the end I must give this one to Vince Offer.
Extracurriculars.
Billy Mays has a new show Pitchmen on the Discovery Channel, a reality show involving folks pitching inventions to the pitchmen Billy Mays and someone else. Vince Offer was arrested for assaulting a prostitute. A clear win for Billy.
Intra-pitchman Interactions.
Billy has challenged Vince to a pitchman-off which on the surface sounds like a point for Billy, but if you listen to the challenge Billy says that Vince attempted to extend the olive branch. Billy Mays calls out Vince on the Adam Corolla Show